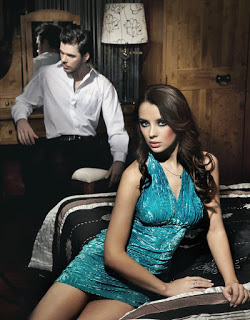 In 1950 politicians hadn’t invented the “war on drugs” and J. Edgar Hoover was still denying that the U.S. had an organized crime problem called the “mafia”. Law enforcement had yet to learn that convincing the public the legitimacy of the war on drugs would be a huge cash cow for police and swell their ranks beyond anything imaginable.
So, when local politicians needed a law and order issue to campaign on, they accused their opponents of being soft on, or if running against an incumbent, ignoring the gambling and prostitution going on right under their noses. That’s what Houston Mayor Oscar “the old gray fox” Holcombe faced from his two opponents that year. So Mayor Holcombe, who had a legitimate reputation of allowing such vices to thrive in his City, needed a police crackdown.
Windal “Dick” Sherman Satterfield was a 21 year old former high school football player who was later described in newspaper accounts as tall and handsome. He had a job making $90.00 a week. He left that job in the summer of 1950 and became a rookie Houston police officer at a salary of less than $50.00 a week. Some might have thought he had suffered a concussion on the football field. But Officer Satterfield wasn’t stupid. He was an entrepreneur.
Only months into his new career, Satterfield rented an expensive apartment and installed his new girlfriend, Tony Middleton, there to run his call-girl operation. He then added Vicki Fillbeck and Bonnie Jean Day to his stable and began bringing in $2000 a week in his new business. All three ladies were described in newspaper accounts as shapely and attractive. But Tony wasn’t happy for long. She told her new boyfriend that she wanted to retire from “turning tricks” and just be available for his pleasure.
Now being a young and inexperienced pimp, Dick Satterfield didn’t respond as most pimps would have by beating his number one whore with a clothes hanger. Instead, he hit the streets and found another lovely girl who had just arrived from Dallas and was plying her trade independently of a business manager/pimp. He suggested that she join his stable and she declined. Dick decided to convince her by giving her the beating any self-respecting pimp would have given Tony. But it didn’t work. She reported him to the police and then accused those she reported it to of beating her as well.
But remember, Mayor Holcombe needed to “clean up” the City for the upcoming election. So Officer Satterfield and his three employees were arrested and held at the police station until they gave confessions. As is often the case, there was one embarrassing detail the good Mayor might have preferred not been made public.  Satterfield told reporters that in Houston, prostitutes had to pay police $40.00 a week to work at their trade. A grand jury was convened but his appearance postponed as they looked for other witnesses.
Satterfield was fired, the Mayor won another term and there was no more mention in the newspapers of a grand jury to investigate pay-offs by the local whores to police. Research indicates that the young officer lived more than 50 years after being fired and is buried in his birth state of Alabama, never again making the news.

Posted December 25, 2015 by Larry Watts in category "Other