THE PASADENA DOCTOR AND HIS FRIENDS 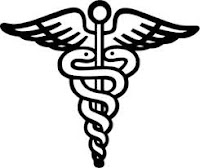 Archie Burkhalter was a co-owner of the Red Bluff General Hospital in Pasadena, Texas. His primary partner was Dr. Robert Pendleton. On December 9, 1966, Pendleton was murdered by two rifle shots as he strode across the hospital parking lot. Burkhalter, along with Robert Tucker, Robert Akridge, James Steambarge, and Roy Frashier were eventually charged with the murder.
Burkhalter was tried three times on the charges that he hired the other defendants to murder his business partner. He was convicted in the first trial and sentenced to life in prison, however, that conviction was overturned on appeal. The second trial ended in a mistrial, and in 1975 he was acquitted of the murder. Some of the other defendants were not so lucky. One was sentenced to death and another to 99 years. The death sentence was later commuted.
But Burkhalter’s run in with the law was more complicated than a single murder charge, even one for which he was tried three times. After his partner’s murder, but before being charged with the offense, Burkhalter was charged with raping a 24 year old patient at the hospital. He apparently escaped conviction on that charge as well. In addition, one of his alleged accomplices in the Pendleton murder, George French, testified that he offered then Pasadena Police Chief Ellis Means thirty thousand dollars on behalf of Burkhalter, if Chief Means would “lose some of the evidence” in the case. Chief Means confirmed the bribe offer and testified he reported it to the district attorney at the time.
Then, in 1979, Archie Burkhalter was again charged with hiring two men to murder his ex-wife’s new husband. It seems as though Archie Burkhalter didn’t want his ex-wife, Laurlita, to marry her new boyfriend, John Hensley. She alleged that Burkhalter had kidnapped her and taken her to his hospital in Pasadena in an attempt to convince her to abandon Hensley. When that didn’t work, he met with Hensley himself and offered $5,000 if he would stop seeing Laurlita. That offer was rejected as well.
In February of 1979, as Hensley left his condominium to go to work, he was shot in the face, permanently blinding him. S.J. Wilburn was convicted of having been hired by Burkhalter to kill Hensley. A third suspect was acquitted. But this time, Archie Burkhalter wouldn’t be so lucky.

The infamous Pasadena doctor was convicted of attempted murder in the shooting of Hensley. Upon his conviction, Burkhalter met with the press and said he was looking forward to farming and starting a medical practice in Fredericksburg, Texas. Regarding the conviction he told reporters, “I was put in jail three years when I was innocent” (an apparent reference to the murder of Dr. Pendleton) “and eventually I think justice will be done in this case.”
Justice may have been done, but it was not to be in the manner the Pasadena doctor might have liked. His conviction was upheld and he lost his medical license. After serving his prison term, an appeal to regain that license failed as well.

As far as we know today, Burkhalter is finally enjoying the farm in the Fredericksburg, Texas countryside. Although his life was surrounded by violence and accusations of criminal conduct for years, his name is no longer in the headlines of Texas newspapers.