THE MAN WHO STOLE HALLOWEEN – ANOTHER PASADENA STORY

He was called the “candy man” by his fellow inmates. He lived on death row in Texas for nearly ten years after being convicted of murdering his eight year old son. When his death was announced on the night of his execution outside the Walls Prison Unit in Huntsville, Texas, the crowd chanted “Trick or Treat”.

On Halloween night of 1974, in Pasadena, Texas, Ronald Clark O’Bryan distributed five Pixie Stix candies to five children, including his son and daughter, whom he had volunteered to take trick or treating.  Not long before that Halloween night, he had taken out insurance policies on both his children. He had also opened each of the Pixie Stix tubes, filled them with cyanide before stapling the ends closed and giving them to the children. 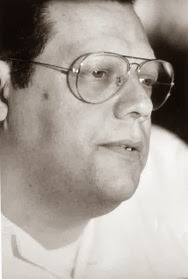 Later that night, O’Bryan told his son Timothy, he could have one piece of candy before going to bed; then he sat beside Timothy and encouraged him to choose the Pixie Stix. Within minutes Timothy was ill and vomiting. He died shortly thereafter at a hospital emergency room.

The other children did not eat their poisoned treats, but media reports at the time indicated that there were some close calls. One of the boys had gone to sleep with the Pixie Stix in his hand.

Another was trying to open his with a knife in the kitchen when his father interrupted him and insisted that he go to bed. It was also reported that, in the ambulance, on the way to the hospital, attendant David Malone was prepared to administer mouth-to-mouth resuscitation if Timothy had stopped breathing. Doctors later said that there was enough cyanide in Timothy’s mouth that it might also have killed Malone.

O’Bryan never confessed to the crime. He maintained that a person at one of the houses he took the children to, gave them the poisoned candy. However, he could not identify the house or the street it was on, though they had only visited two streets. He eventually changed his recollection and identified a house after being pressed by investigators. But police learned that no one was home at that house on Halloween, as the man who lived there was working at the time, surrounded by 200 witnesses.

As his story began to fail, police learned of the new insurance policies and that O’Bryan had asked acquaintances about cyanide and where it might be purchased. A search of his house revealed a knife with traces of powdered candy and plastic on the blade. Pixie Stix containers were made of plastic and held powdered candy.

The jury took only 45 minutes to convict O’Bryan and 70 minutes to assess the death penalty. The musical group Siouxsie and the Banshees recorded a song, Candyman, on their album Tinderbox, about O’Bryan and his infamous deed. The song can be heard on YouTube.

For several years, the murder caused parents to promote Halloween parties and avoid door-to-door trick-or-treating. Hospitals offered to x-ray the trick-or-treat candy, though it probably would not have caught the cyanide.

But in this case, as in most murder cases, the murderer knew his victims. It was not the random act of some Halloween Murderer, but that of an evil man who had been a sperm donor. He should never be called a parent or a father.

Posted June 1, 2015 by Larry Watts in category "Crimes and Criminals", "Other