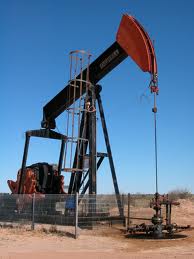 I recently read a book, The Big Rich by Bryan Burrough.  It’s the story of some of Texas’ most well-known oil men and the fortunes they made in the 1920’s and 30’s. It’s also the story of men who were willing to stretch the limits of the law.
One, whose off-spring are more famous for founding the Dallas Cowboys football team than for oil, was one of those oil men who were known for “hot oiling”. Clint Murchison is quoted in the book as saying, “It’s my oil, and if I want to drink it, it’s none of your damn business.”

Murchison was a Texas oil ‘wildcatter’ and later became an icon of Texas business and politics, but, according to Burrough, he first became an outlaw because of his belief expressed in the above quote. He was a “hot oiler”, a term used for those lease owners who pumped more oil from their wells than was permitted by the Texas Railroad Commission and the federal government.  The practice was regulated because when too much oil was pumped from too many wells in the same area, the pressure to push the oil to the surface was relieved. When this happened, it ruined or severely hampered the ability to get the oil out of the ground in those fields, including the wells of other drillers.
Many of the early wildcatters were operating on a financial shoestring, so they pumped as much oil as they could just to pay the bills.  Murchison and others engaged in “hot oiling” and often spirited it out of the state in the dark of night to sell in Louisiana and Oklahoma.  Some claimed that Murchison sold more “hot oil” than any other person during this time.
Civil lawsuits against Murchison, and criminal charges against one of his companies occurred. Although there were rumors that he, too, would be criminally charged, it never happened. He and his fellow oil producers became active lobbying in both Texas and Washington, D.C. They rubbed shoulders with presidents and funded congressional campaigns, all for the purpose of freeing their hands to conduct business as they wished.
Eventually, the federal government sent 1500 troops into Texas to stop the “hot oilers”. By the time the “hot oil” controversy subsided in 1936, Murchison had tripled his fortune.  He was never indicted and went on to be viewed as one of the most successful and politically influential businessmen in the nation. 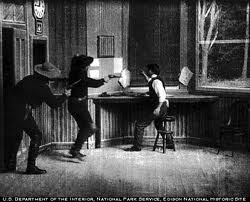 When I finished reading the book, a thought about Jesse James occurred to me.  What if he had created a company, hired professional lobbyists, rubbed shoulders with presidents and congressmen, declared that the money in the banks was his and he would do with it as he chose, including taking it from the banks!  Would his ancestors be seen as the offspring of an entrepreneur and successful businessman rather than that of a thief?