OFFICERS NOT GUILTY, BUT CAREERS OVER! 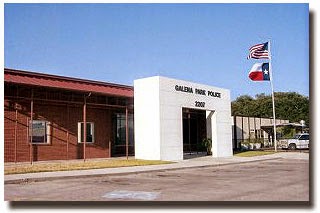 Early on a Saturday morning in April of 1971, Galena Park, Texas police officers tried to stop a car that ran a stop sign. A chase ensued, in the vehicle and then on foot. The officers eventually captured two suspects, Bobby Joe Conner and Larry Taylor, who were transported to the Galena Park Police Station.

During the chase, the Galena Park officers called for help. Houston officers Arthur N. Hill, Jack A. McMahon, John H. Gough, and I.B. Guerrero responded to the call. All four ultimately met Galena Park officers at the police station and advised them that Conner had an auto theft warrant pending. According to Hill, as reported during the trial, the Houston officers left Galena Park after learning that the two men would be transferred to the Harris County jail. Later that morning Conner died and Taylor was hospitalized.
What or who caused the death of Conner and injury to Taylor was a matter of dispute. Officers Hill and McMahon were charged with the murder of Conner. Lawyers, whose names and faces are still well known in courthouses throughout Texas, took on the case. Richard “Racehorse” Haynes and Mike Ramsey represented officers Hill and McMahon. Craig Washington represented the suspect, Taylor.
After all four Houston officers gave statements in which they denied beating Conner, Gough and Guerrero decided to change their statements, implicating Hill and McMahon as the officers responsible for the beatings. Thus the murder charge. Galena Park officer, Walter E. Sanders, who was involved in the arrest of Conner and Taylor also contended that Hill and McMahon beat the prisoners.
Police Chief Herman Short commented that both officers had good records and had never been disciplined before. According to an Associated Press article, Chief Short continued, stating, “Since it is police officers, it is spread all over the front pages of newspapers, whereas if the same thing happened to a private citizen, it would have been buried in the back sections. But this is the difference expected between police officers and private citizens. We are just waiting for the onslaught of brutality allegations now.”
The trial in State District Court was moved to New Braunfels, Texas, where the officers were tried. Other Houston officers carpooled to the trial in a show of support for the two men on trial.
The defense contended that Conner’s injuries were caused when he fled on foot and ran through a pile of rubble and that his ingestion of morphine prior to the chase contributed to his death. The autopsy revealed 12.1% morphine in his blood. Defense attorneys also claimed that Gough and Guerrero conspired with Galena Park officer Sanders to deflect blame from Sanders, because he had previously been fired by the Texas Department of Public Safety after accidentally shooting and killing a citizen.
At the conclusion of the trial, the jury found both officers “Not Guilty.” Both had tears in their eyes as the verdict was read. McMahon said he wanted to go back to work. Hill told the media, “There’s nothing else in the world I want to be more than a policeman.” But their trials were not over.
Soon the Federal Government filed charges against both former officers for violating the civil rights of both Conner and Taylor. But after hearing testimony, the Federal jurors in Houston reached the same conclusion as the earlier jury. They were not guilty!
But neither was to return to the Houston Police Department. Chief Short told the media, “They were dismissed for other reasons than what they were being tried for.” He had no comment on the verdict.
John Gough resigned from the Houston P.D. in August of 1971. In his letter of resignation he cited having been the victim of “rumors, gossip, remarks, and insinuations of other officers in the Department.” He disputed a statement made by the Houston Police Officers Association that he had left the Department for a better paying job and not because of any harassment.

Posted February 28, 2015 by Larry Watts in category "Other