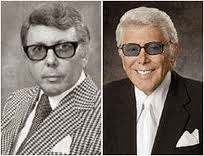 Marvin Zindler is best remembered as the flamboyant newsman who shut down a Texas whorehouse, spawning a stage play and movie, both titled The Best Little Whorehouse in Texas. In Houston, where he worked as a consumer advocate on a nightly television news station, he was viewed by many as an egotistic, self-aggrandizing, show-off. Marvin, on the other hand, viewed himself as a crusader for the little guy; a man who would take on the most powerful people and corporations to right a wrong. But, in fact, his life was much more interesting than can be described by either point of view.
Marvin’s father, Abe, owned a clothing store in Houston and fully expected his son to take over the business. But it wasn’t to be. Marvin worked there as a young man but his heart wasn’t in it.
Abe served several terns as mayor of Bellaire, Texas, a small town close to Houston where Marvin was allowed to ride with the police as a teenager. From that activity sprang a life-long interest in police work. About 1940 he became an auxiliary officer with the Houston Police Department. He was assigned to the vice squad in Houston and served for two years. By 1941, with World War II looming, he joined the U.S. Marines. But he didn’t last long. He was discharged because he was a flat-foot. (pun intended)
Soon Marvin was again working in his father’s store, but pursuing a second career as a radio newsman. He was hosting a radio show called The Roving Mike. Marvin would go to crime scenes where he interviewed victims, cops, and criminals, while painting a verbal picture for listeners. Some of the recordings of those shows that are more than 60 years old have been preserved and can be heard on a Houston Chronicle blog, Bayou City History by J.R. Gonzales at http://blog.chron.com/bayoucityhistory/2009/09/the-zindler-tapes-the-return-of-the-roving-mike/ 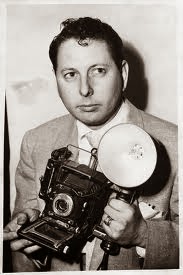 By the early 1950’s Marvin was working as a television reporter in Houston for KPRC News, but in 1954 he was fired after an executive of the company declared he was “too ugly” to work in front of the cameras. Shortly after that firing Marvin had the first of seventeen cosmetic surgeries which altered his appearance dramatically over the years.

His fascination with police work won out again in 1962 when he joined the Harris County Sheriff’s office. He took on the job of serving fugitive warrants. Always a publicity hound, he likely tipped off the media so that they appeared with cameras rolling when he made arrests and he always gave them a story. Returning from Florida with a wealthy Houston socialite, Candace Mossler, who had been accused of murdering her husband, he was met by the media at the airport. He didn’t disappoint! Ms. Mossler was paraded in front of the cameras wearing pink mink handcuffs as she was led to his waiting car.

Marvin convinced the sheriff to start a consumer fraud division within the department, and of course, he took charge. In a somewhat unprecedented move, he began going after presumably respectable businesses for false advertising (a crime at the time) and for other consumer fraud issues. Exposing bad conduct of these particular citizens and businesses was controversial and met with resistance by the District Attorney and business community. Before long, the sheriff who hired him was defeated. The new sheriff wanted no part of Marvin’s theatrics.

He was immediately hired by Houston’s Eye Witness News channel 13 where he continued his pursuit of consumer fraud in front of the camera. It was from this position that he went after prostitution and gained fame for closing down one of the oldest whorehouses in Texas.
He had been a cop, a marine, a clothing salesman, and a newsman, but most of all he was a showman! More importantly, he really believed he was the knight in shining armor. Marvin died in 2007.
You can listen to a recorded interview with Marvin which took place in the 1970’s. During the interview he talks about his life, his various careers and the politics of Houston. The interview was conducted and preserved by the Houston Metropolitan Research Center. http://digital.houstonlibrary.org/oral-history/marvin-zindler_OH201.php

Posted February 17, 2014 by Larry Watts in category "Other