Herman Short – A Police Chief during times of change

Criminals and their crimes are often the most interesting stories, but I am fascinated by some of the leaders of law enforcement, especially in the South, during the 1960’s. This was a time when society was facing fast-paced change regarding race relations and how law enforcement was expected to dealt with this change. Of course, Bull Conner, Birmingham, Alabama’s police commissioner, became the most infamous, when his use of police dogs and fire hoses to break up civil rights demonstrations were captured by news camera and broadcast for all the world to see. But there are others. 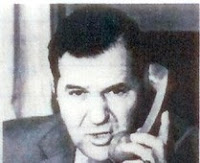 Herman Short, Houston’s police chief during that era, was another of those larger than life characters.  Described by some as a racist and others as a highly respected crime fighting hero; he probably would not have adopted either of those descriptions as his own.
He was born in West Virginia in 1918. In the 1920’s his family moved to Houston, where his father worked for the Hughes Tool Company. After becoming a Houston police officer and being promoted up the ranks, Short was appointed to Chief of Police in 1964, by then mayor, Louie Welch.
By 1967, like most other cities, Houston was embroiled in racial conflict that poured into the streets. Although some civil rights leaders believed he was a racist, another former Houston Chief, Harry Caldwell, probably gave a more accurate assessment. Quoted in an article by former newspaper reporter Tom Kennedy, Caldwell said,
“….. He (Short) was a product of the thirties. Herman had many good qualities and many qualities that had been bypassed by society. The biggest problem was that society placed the police department at the forefront of enforcing Jim Crow laws.
“That created the perception that police were racists…. Unfortunately, we had persons in the department that were….. Herman was a big friend of George Wallace. That didn’t help the department’s image much in the black community…”
But Caldwell also pointed to evidence that might debunk the racist theory as well, saying,“Herman integrated the police cafeteria without anybody telling him he had to.”
There is little, if any, dispute, that Short was a law and order cop who did not engage in public relations. The news media, as well as the officers who worked for him, recognized the “no nonsense” approach he took to running the department. This attitude was evident when media representatives interviewed him. Some did all they could to avoid such encounters. 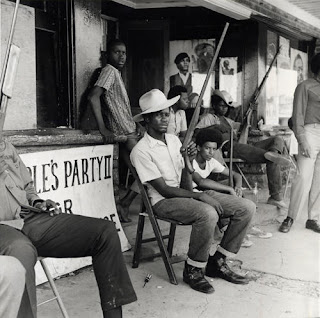 Black activists, under the banner of the Peoples’ Party II, took over a building at 2800 Dowling Street in 1970 and barricaded themselves in it.  When an outspoken critic of the Department proclaimed publicly at a City Council meeting that Houston police should stay away from the Peoples’ Party headquarters, Chief Short simply said,
“The law will be enforced in the 2800 block of Dowling as it is everywhere else. There is no place in this city where a policeman can’t go.”
During George Wallace’s run for the Presidency, it was whispered that Short might be in line to replace J. Edgar Hoover as the Director of the F.B.I. Of course, that never happened, but as Caldwell pointed out, his relationship with Wallace reinforced the opinion of some that he was a racist.
Within the ranks of the police department, he was respected, if not always loved.  His management style was dictatorial and it was abundantly clear that he ran the department. He won praise and loyalty from officers when he would publicly defend their actions, which he did often. On one occasion, when a minority-owned newspaper published an article calling an officer a “mad dog killer”, it was rumored that Short called the officer to his office and encouraged him to file suit against the newspaper, even suggesting an attorney who would take the case.
Was Herman Short a hero or a racist? We know that he was a man charged with running one of the largest U.S. police departments at a time when society’s values and racial standards were changing rapidly. To some he was a real “John Wayne” like figure, strong, silent, and intimidating. To others, Short was little better than former Klansman and Birmingham Police Commissioner, Bull Conner. In reality he was just a man with traditional values, running a big city police department during an era when a change in those traditional values was inevitable.