Galveston has a long-held reputation as an “open” city. In fact, during the 1920’s, it was sometimes referred to as the ‘Free State of Galveston’ or the ‘Republic of Galveston Island’. Post Office Street was known as the ‘red light district’ and one report claims that there were 55 houses of prostitution, employing 900 prostitutes during this time. 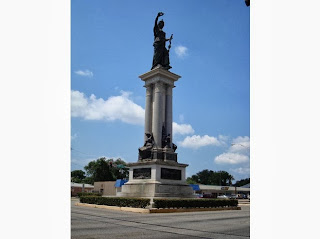 A popular myth is that as one drives into Galveston on Broadway, the statute pointing toward Post Office Street is directing visitors to the famed brothel area. However, it was in reality, constructed to honor the heroes of the Texas Revolution. The statute points toward the San Jacinto Battle Ground, across the Bay, where Santa Ana was defeated.

As prohibition was implemented, Galveston became a mecca for speak-easy operations which complimented its open gambling and prostitution.  The cities’ business and political leaders welcomed this “off the books” economy. Some reports indicate that prostitution operations might gross $15,000 to $20,000 a week. Embracing these illegal activities didn’t stop after prohibition. In 1947, newly elected mayor Herbie ‘Thanks a Million’ Cartwright was quoted as saying, “If God couldn’t stop prostitution, why should I?” 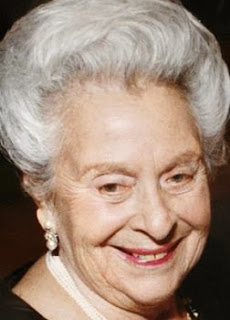 Ruth Kempner, described in her 2008 obituary as “the influential matriarch of one of the Island’s oldest and most distinguished families” ran for mayor in 1960. Kempner stood before reporters in the ‘red light district’ with one of the madams, ‘Big Tit Marie’, at her side and said, “But for the grace of God, I would be in one of your houses. I believe people in your profession have a place, and have always had a place, in our civilization, and I’ll do everything in the world I can to protect you.” She won the election and became Galveston’s first female mayor.

As much an influence on Galveston’s history as any other was a pair of brothers who emigrated from Sicily in the 1890’s. Sam and Rose Macio became the undisputed leaders in providing vice activities to Galveston and the entire Galveston County area. Recognizing the opportunities that came with prohibition, they ran bootleg operations, gambling houses and prostitution enterprises. Even today, many Galvestonians possess a romanticized view of the two brothers, especially Sam, who was said to be a personable and persuasive character. In 1937 he was charged with narcotics trafficking but the charges didn’t stick.

Sam Macio was a friend to political and business leaders on the Island, many of whom were most likely also customers of his diverse enterprises. The Macios’ famed Balinese Room featured dancing and casino gambling, with entertainment from the likes of Frank Sinatra, Bob Hope and the Marx Brothers.

In addition to the statements by mayoral candidates, other political leaders have been just as open about their approach to the vice activity on the Island. One county sheriff is reported to have responded to a question while testifying before the Texas Legislature. When asked why the Balinese Room’s casino was allowed to remain open, he responded that he wasn’t a member of the club, so he couldn’t go in. Presumably he didn’t know what went on behind the membership only doors.

Not to be upstaged, even the Catholic Church has weighed in on Galveston’s prostitution operations. Christopher E. Byrne, the Bishop of Galveston from 1918 until 1950, was quoted as having once said about the red light district, “We segregate mental and physical diseases. Let us do the same for moral sickness, for soul sickness…As long as man has free will some of us will fall into impurity.”

Galveston society and its political structure, unlike that in most other parts of the ‘Bible Belt South,’ have always shown indifference, if not support, for the vices operating within its domain. Other Southern communities often publicly condemn, while privately indulging in the forbidden activities of prostitution, gambling and the fruit of the vine. No more available in Galveston  than in other communities, the difference is that while those other communities deny its existence with ‘a wink and a nod,’ Galveston has been more likely to say ‘so what?’

If you enjoy these short stories, please check out my writing at Amazon.com http://www.amazon.com/s/ref=ntt_athr_dp_sr_1?ie=UTF8&field-author=Larry+Watts&search-alias=books&text=Larry+Watts&sort=relevancerank

Posted October 21, 2013 by Larry Watts in category "Crimes and Criminals", "Other