COP WHO WAS SHOT BETTER KNOWN AS CHILD ACTOR

If you are too young to remember who Eddie Haskell was, you might enjoy this YouTube clip of him as a child television star, his job before he was a police officer. Eddie (real name Ken Osmond) was the friend of Wally Cleaver on the television show Leave it to Beaver. https://www.youtube.com/watch?v=Atr4yRv27IQ

He was a well-recognized star on the television show and his character became known as the smarmy kid everyone disliked. Because of that fame, when the show ended he was ‘type-cast’ and acting jobs were few. Osmond became a Los Angeles police officer. He spent time as a motorcycle officer, vice cop and narcotics agent during his career. 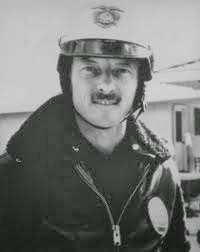 Osmond was medically retired eight years after being shot three times by an auto theft suspect he was chasing. In addition to the physical problems associated with being shot, the shooting led to clinical depression and ended his police career.
He said in an interview years later, “using very bad tactics, on my part…..we were toe to toe and he fired three times.” Although he doesn’t refer to it in the interview, other accounts suggest that Osmond’s bullet-proof vest and belt buckle may have saved his life. View that entire interview here. https://www.youtube.com/watch?v=TYcqPbpRX9I
An interesting fact about the shooter, Albert Cunningham, Jr., is that his punishment was minimal. Only five years after shooting Osmond, Cunningham was charged and later convicted of murdering another man in California. He was sentenced to death in 1989 for that murder and still sits on death row in March of 2014.
As with others who have had fleeting fame, urban myths have popped up over the years centering on the question ‘whatever happened to Eddie Haskill?’ One story was that Eddie grew up and became Alice Cooper. The origin of that rumor is attributed to the real Alice Cooper having once described what he was like as a child as “obnoxious, disgusting, a real Eddie Haskell.” Some readers apparently failed to understand that Cooper was speaking metaphorically and believed he really was the child star. Cooper later told the New York Times, “It was the biggest rumor that ever came out about me. Finally, I got a t-shirt that said ‘No, I am not Eddie Haskell!’ but people still believed I was.”
Another myth was that Osmond became famous porn star John Holmes. That rumor abounded after Holmes billed himself a few times as ‘Eddie Haskell’. Osmond was so offended that he sued for 25 million dollars. The case went to the California Supreme Court, where it was determined that the use of the name ‘Eddie Haskell’ was protected as satire. It is a precedent setting case that is still cited in other cases. 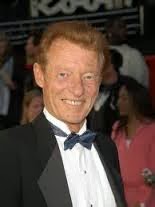 Ken Osmond’s is an interesting life. A very public childhood as a popular actor and an exciting choice of careers as a police officer. Both these occupations often result in high rates of divorce. However, Osmond, in addition to beating the odds of surviving being shot three times, beat the divorce statistics as well. He married his wife, Sandra, in 1969. They have two children and remain married nearly 45 years later.