Charles Harrelson Did One Good Thing! 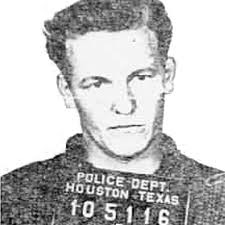 Charles Harrelson might have become infamous for the assassination of John H. Wood Jr., the first federal judge to be murdered in the 20th century, had it not been for his progeny. On May 29, 1979 Judge Wood was shot in the back. Harrelson was later convicted of the contract killing. However, an act he engaged in sometime in October of 1960 would transcend anything else Harrelson would ever do. He became the sperm donor, temporary father, and later friend of actor Woody Harrelson. Woody is quoted as having said in interviews that “My father is one of the most articulate, well-read, charming people I’ve ever known. Still, I’m just now gauging whether he merits my loyalty or friendship. I look at him as someone who could be a friend more than someone who was a father.”
Born in Huntsville, Texas in 1939, the elder Harrelson spent little of his adult life as a traditionally productive member of American society. He was convicted of armed robbery and other crimes in addition to another murder for hire in Texas. At one time, he was suspected of being one of the three ‘bums’ arrested behind Dealey Plaza in Dallas just after the Kennedy assassination. He even confessed to involvement in Kennedy’s murder at one point, but in the end, the three ‘bums’ were all identified and he wasn’t one of them.
Woody Harrelson worked to have Charles’ conviction for the murder of Judge Wood overturned and apparently financed the legal work that never accomplished its goal. Notwithstanding the fact that his prison sentence for killing Judge Wood was served in federal prison, Charles Harrelson has become one of the Texas Prison System’s iconic characters. Some memorabilia reportedly taken from his cell while in the Walls and Eastham Units of the Texas Prison System are even on display at the Texas Prison Museum in Huntsville. His infamy in Texas prison history is likely to be primarily because of his son’s fame as an actor rather than his own rather miserable criminal career.
During his life, Charles Harrelson was described as many things, including a prison snitch, cowardly killer and opportunist. It is difficult to find any positive comments about the man’s life, but for those of us who have enjoyed Woody Harrelson’s television and movie roles, Charles Harrelson did one good thing sometime in October of 1960.
Charles Harrelson died in federal prison on March 15, 2007.
If you enjoyed this little piece of history, let me know by commenting on my blog or by visiting my website at http://www.LarryWatts.net to view more of my writing.