In 2014 a scandal erupted within the Department of Veterans Affairs. It was learned that veterans had died while awaiting treatment at Veteran Health Administration facilities. But scandal in the administration of veterans’ benefits is not a surprise. The predecessor to the Department, first known as the Veterans Bureau, was steeped in corruption and scandal from its very beginning.
President Warren G. Harding recognized the need for such an agency in 1921. That’s when he created the Bureau and appointed a former Army deserter to lead it. Charles Forbes was in the U.S. Army in 1900 when he was charged with desertion. Captured, but mysteriously never prosecuted for the offense, he went on to become a decorated soldier in World War I. When the war was over, he ended up in Hawaii, where he played a part in the construction of Pearl Harbor.
Characterized as a playboy, gambler, and glib-tongued shyster, it was in Hawaii where he first met the future President Harding. The two became close friends, apparently sharing the interests in women not their wives and gambling. When he created the Veterans Bureau, Harding appointed Forbes its first Director.
Never committed to providing services to those who served in World War I or previous conflicts, Forbes set about stealing an estimated two million dollars from the Bureau in the two years he served as  its Director. Though over 300,000 wounded veterans returned, Forbes allowed less than 50,000 disability claims. His interest was focused on taking bribes from contractors and selling hospital supplies to private businesses at a fraction of their value. One corrupt contractor, E.H. Mortimer, paid a $5,000.00 bribe and made his wife available for an affair with Forbes.
Once rumors of Forbes illegal activities reached the White House, President Harding was forced to take action. In keeping with his style of never making a hard decision, Harding allowed Forbes to resign. That might have been the end of the scandal, except that prior to the resignation, the embattled Veterans Bureau Director left on a trip to Europe in a pre-arranged deal with Harding. Forbes mistake was taking the wife of the contractor Mortimer with him.
The Congress, amidst the rumors of corruption, began an investigation. Mortimer, either insulted at the audacity of Forbes taking his wife to Europe, or maybe just smart enough to be the first crook to turn on the other, agreed to testify before the Congressional Committee. Other testimony revealed that more than 200,000 letters from veterans were left unopened by Forbes and his scandal-ridden Veterans Bureau.
Charles Forbes was indicted and convicted of conspiracy to defraud the U.S. Government. He was sentenced to two years in federal prison and served most of the term at Leavenworth. After his release, he continued to seek the limelight, casting allegations of corruption at other Harding appointees, but never at the President himself. 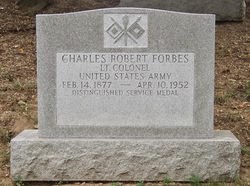 Posted October 27, 2014 by Larry Watts in category "Other