Sometimes there is a character whose actions surpass such descriptive terms as criminal, thug or desperado. The subject of this story is one of those. He turned war into profit by stealing and selling American military supplies on the black market, fraudulently marketed products as something they were not, and, finally colluded with the Germans to bomb and kill American soldiers.

He ran a crime syndicate called M & M Enterprises and was renowned in some countries, even being named the mayor of Palermo, Italy. He saw World War II as simply a way to make money and showed no conscience in the manner in which he set up “deals” to do so.

Regarding his profiteering, he was quoted on the matter, “In a democracy, the government is the people. We’re the people aren’t we? So we might just as well keep the money and eliminate the middleman. Frankly, I’d like to see the government get out of war altogether and leave the whole field to private industry.”

He was eventually prosecuted, but used the illegal profits from his criminal enterprise to hire the best lawyers and obtain an acquittal. In fact, it was written about the trial that decent people everywhere were affronted by his actions, until he opened his books publicly and revealed the massive profit he’d made, after which his stock had never been higher. 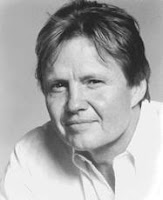 Who was this amoral representation of humanity? Why his name was Milo Mindbender. He was a figment of the imagination of writer Joseph Heller in his black comedy novel Catch 22. Some believe, however, that the character was modeled after Henry Ford or Prescott Bush, both of whom dealt with Hitler’s Germany from the 1930’s until well after the war was in full swing.

It’s an interesting work of fiction, or for those who prefer a movie, the 1970 adaptation by the same title is worth watching. Jon Voight played the villainous Mindbender in the movie and he was cast with other recognizable names such as Alan Arkin, Art Garfunkel, Bob Newhart, Martin Sheen, Anthony Perkins, Orson Welles, and Paula Prentiss.

I enjoy writing about the real crimes, criminals, and cops who chase them, and I enjoyed this little diversion from reality. Leave a comment (anonymous comments will not be posted) and tell us at what point in the story you recognized the villain as a fictional character in Catch 22.

Posted September 9, 2013 by Larry Watts in category "Crimes and Criminals", "Other