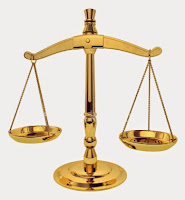 Sam Hoover was a kid from Oklahoma. He went to high school in the small town of Cushing, Oklahoma, known now the “pipeline crossroads of America.” He worked for the local newspaper. He said he liked journalism, but although he was lots of things during his life-time, it was his only venture into the newspaper business.
By 1936, Hoover was familiar with Oklahoma lawmen, having been arrested for robbery or burglary, maybe both. In any event, he found his way into the military and served as an infantryman during World War II. He then migrated to Pasadena, Texas, where, it appeared for a time, his criminal life would be left behind.
Sam Hoover found Pasadena to be an accommodating community. He served for a time as the Chamber of Commerce manager and was elected Pasadena’s mayor in 1948. He served for four years, enrolling in law school while mayor. He ran twice for county judge and lost, but was soon making a name for himself practicing criminal law. Some said had he applied his skills solely to the practice of law, he might have rivaled famous Houston lawyer Percy Foreman. But it wasn’t to be.
In physical appearance, Hoover was an unlikely criminal mastermind. He was describe by a columnist for the El Paso Herald-Post in 1964 as a slight clerical-looking criminal lawyer recently indicted on enough points to electrocute him on the one hand, or send him to prison a la Al Capone, on the other.

One of the earliest indications that Sam Hoover was a practicing criminal as well as a criminal lawyer, came in July of 1958. That’s when the body of Hoover’s client James Laird was discovered in Port Arthur, Texas, dead from a gunshot wound to the heart. Detectives found a note covered with bloodstains in the lining of the dead man’s jacket. The note said: To Whom It May Concern, I, James E. Laird, if found murdered it will be by Harvey Stewart, Lee Myers and ordered by Sam Hoover (attorney) Pasadena, Texas. March 26, 1958.
Hoover had bonded Laird out of jail in La Grange, Texas a month before the note was written. Lawmen believed Hoover did this to keep Laird from telling officers what he knew about a robbery Hoover had planned. Once out of jail, Laird agreed to allow Hoover to apply for a life insurance policy on him, a policy that was apparently never issued. But it obviously caused Laird to begin to mistrust his lawyer and to write the note found by investigators. Sam Hoover was arrested, but was never charged with the murder, although the other two crooks mentioned in the note were.
The former Mayor’s next, and most infamous involvement in a life of crime, came in 1964. In March of that year, the wealthy owner of a dairy and wholesale grocery supply business, Mair Schepps, his wife, infant child and a family nurse maid were abducted and tortured as they were held captive in the Schepps River Oaks home. The robbery was set up by Sam Hoover, who never appeared at the crime scene, but gave continuing telephone instructions to the three criminals as they attempted to extract information from the victims about the location of a large sum of cash that Hoover believed Schepps was keeping in the home.
The victims were bound and sadistically tortured for three hours. Mrs. Schepps was burned with a butcher knife that was heated on a stove and by cigarettes, wired to an electrical cord and shocked when it was placed on her teeth, breasts, and “private parts.” When later arrested, they named Sam Hoover as the mastermind. Of course, Sam claimed to be only their lawyer. But this time, he wouldn’t beat the system.
At trial Hoover was found guilty and sentenced to sixty years. One of his accomplices became an informant and was given immunity. The other two were sentenced to die by electrocution, but their lives spared when the Supreme Court invalidated Texas’ death penalty.
While Hoover’s conviction wound its way through appeals, the federal government stepped in to prosecute him on tax evasion. That trial took place in Laredo, Texas and he was again convicted. Soon, Sam Hoover was an inmate in the Texas Prison System. He had been 57 years old when the torture and robbery of the Schepps family occurred. But Sam Hoover’s criminal escapades were far from over.
Almost 19 years later, according to a story written by retired police officer Earl Musick and published in the Badge & Gun, a publication of the Houston Police Officers Association, Hoover was back on the streets and again engaging in crimes, particularly, home invasion robberies much like the Schepps case.
When Hoover and his accomplice tried to set up a ransom payment by the victim of one such robbery, Houston Police, for the first time in his Texas criminal career, arrested Sam Hoover at the scene of his crime. He was sent back to prison at the age of 76. This may not have been his last criminal act, but it was the last one he was tried for. Sam Hoover died in 1992.