(1954)A large haul of heroin had been recovered. The three officers who brought it in were told by Captain Foy Melton that he was taking possession of the dope because it was part of a much larger narcotics investigation. The officers became suspicious that there was no such investigation and that the heroin seizure was not going to be reported. They decided to tell fellow officer W.C. Pool about the case.
There’s a belief among those critical of law enforcement that a Blue Code of Silence exists among officers, meaning that there is an unwritten rule that officers will not report on another officer’s errors, misconduct, or crimes. While this may be true regarding errors and minor misconduct, there is abundant evidence that officers often come forward to report the criminal acts of fellow law enforcement officers.
Such was the case regarding the missing dope. At least two Houston officers reported their suspicions to the Harris County District Attorney. W.C. Pool was first. The D.A. told him to forget about the dope and if he couldn’t forget, he should look for another job. Soon after, Captain Joe Clark also took the case to the D.A. Clark reported that dope dealer Earl Voice told him officers were selling the heroin they had confiscated previously. The D.A. said there was not enough evidence and did nothing. Later, when questioned by reporters as to why he went to the D.A. instead of his superiors in the Department, Clark said he thought his superiors might have been involved in the criminal activity, all the way to the Chief.

But Officer Pool refused to take the advice given him by the D.A. Instead he 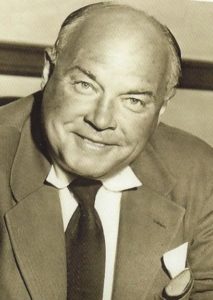 contacted a federal agent he was acquainted with in Houston. It wasn’t long before an investigation began, headed by Federal Bureau of Narcotics supervisor George White. He came with solid credentials. He had been the chief investigator for the Kefaufer Committee on Crime in America. White did not initially inform Houston’s police chief of the investigation. He was to become a controversial figure in the matter.  It wasn’t long before Police Chief Morrison and City Attorney Will Sears demanded of the Feds that he be removed from the investigation. In addition to other complaints, they alleged that he was responsible for Billnitzer’s death because he “browbeat” him during questioning. White called the charges ridiculous and stayed on the case, suggesting that the pressure was getting to Morrison.


Soon officers were being subpoenaed to testify before a federal grand jury which was meeting in Galveston. One of the officers who testified was J.O. Brannon, who had been in the Vice Squad previously. I’ve found little about Brannon’s involvement, but interestingly, not long after testifying, his car was vandalized while he was working. The convertible top was slashed, a tire was cut, three windows were shattered, and sugar was poured in the gas tank. When asked by the media about the incident, Brannon would only say that he had been working on something special in the Houston underworld and that he believed it was a warning to lay off.
Though I’ve found no evidence that ties this incident to Brannon’s testimony, the newspaper story about his car being vandalized garnered the attention of news outlets throughout Texas and was published as an AP story in several other cities. This might suggest that reporters knew what was behind the vandalism, but couldn’t get confirmation to put it in print.
I’ve interviewed officers who knew J.O. Brannon. Some recall talk of him having been blackballed by fellow officers at one time during his career. His name was on the list of officers subpoenaed to appear at the federal gran jury and it is quite likely that he too gave testimony against the crooked cops.
This string of stories began because of the shooting death of Officer M.A. Billnitzer.  My next blog story is about Sidney Smith, the only officer involved in the scandal to go to jail, and Captain Foy Melton. The Captain was fired, charged with taking the heroin, put on trial twice, not convicted, and got his job back. Melton was later fired on another corruption charge, but remained in law enforcement until his death by suicide several years later. I will conclude this series with two or three stories about Officer Billnitzer, who may have been killed in the line-of-duty when he decided to talk to the Feds.
Coming later this year, my fictional account of the events surrounding Detective Billnitzer’s death, in my book, Dishonored and Forgotten.