Troy Mason – an emerging author worth keeping an eye on! 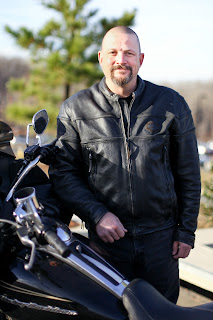 I became acquainted with Troy Mason through a mutual friend, Pam Mitchell, whom he describes as his Chief Marketing Officer. Troy’s writing career began when he wrote articles and was published in the 1990’s on the subject of bow hunting. But before I tell you about his most recent writing, let me introduce him.

Troy is a U.S. Marine. He retired as a Master Sergeant after 21 years, primarily spent as an air traffic controller. He says he was 33 years old before ever setting foot in a college classroom. Troy now has an undergraduate degree from Southern Illinois University and a Masters in Management of Information Technologies from the University of Virginia. I don’t often tout the educational achievements of the authors I write about; but I like the idea of a retired marine going back to school, writing books and reinventing himself.

I asked Troy to tell me what prompted him to take on the challenge of writing a novel. Here’s what he said, “I decided to write a book when the story came to me like a gift from God in a flash in a hotel room in Rochester, NY in March 2012. I had just finished the first outlaw biker fiction book I had ever seen; The Libertines, by Max Billington. I credit him with inspiring me to write, and we stay in touch even now…” 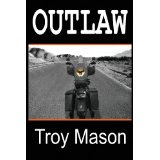 Outlaw is Troy’s first novel and it’s a good one! He does an excellent job of developing the featured character, Jason Broaduc. He takes us through Jason’s high school sports experience, relationship with parents, the Marine Corp, returning to civilian life as a state trooper, and finally Jason’s life in the saddle of a Harley and his experiences with the IRON KINGZ motorcycle club.

It’s an entertaining read and meets my simple standard! I didn’t want to put it down once I began reading. I always pay attention to a new author’s editing when first reading his or her work. I was particularly impressed with the absence of simple editing mistakes in Outlaw. Often, independent authors miss this important step before publishing.

Troy is writing the sequel to his first novel and hopes to have it published and available to readers by December. The working title is IRON KINGZ, but he says that’s not set in stone. I encourage any reader who likes fast action and realistic fiction to check out Troy Mason’s work. You will see another nice touch when visiting his website to buy Outlaw at http://outlawauthor.com/; 10% of al proceeds are donated to ‘Wounded Warriors’.