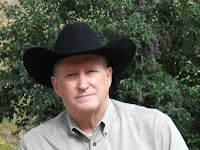 Most of the authors I feature on this blog write fiction. I highlight the writing of those whose work might be of interest to my readers. Today’s author is one of those, whose efforts fit nicely with my blog posts on Crimes, Criminals and the Cops who chase them. His work, however, doesn’t include fiction.

Ron DeLord has written a number of books, including two, both very controversial, about how police unions should engage in political action to get the pay and benefits their members want. The second edition, Police Union Power, Politics, and Confrontation in the 21st Century credits three other contributing authors.  For those interested in a behind the scenes look at methods of exerting political influence  as it relates to law enforcement, or how interest groups generally influence elected leaders decision-making,  these books will be well received.

Ron has a passion for making sure that the lives of all officers killed in the line of duty are properly memorialized . To that end, he has dedicated countless volunteer hours of research to document the deaths of officers across the nation. He is the leader in finding information on officers who were killed in the line of duty, but forgotten with time. He documents the record and makes sure they are recognized by having their names placed on both the National and State Law Enforcement Memorials. Ron’s two books, Texas Lawmen, The Good and the Bad, detailing the deaths of Texas lawmen from 1835 through 1940, were published in collaboration with another writer. Ron was the Editor-in-Chief of a book titled The Ultimate Sacrifice, the Trials and Triumphs of Texas Police, an addtional book dedicated to those officers who gave their lives. His commitment to this mission defines DeLord as a person and as a writer.

For interesting historical facts about Texas officers who made the ultimate sacrifice, or for a behind the curtain look at how police unions work to influence government, check out his writing.  Simply visit his website, http://www.rondelord.com/html/books.html, where you’ll also find interesting information about the world of politics as it relates to the law enforcement community.