Rene’ Palmer Armstrong – Author of Wings and a Ring 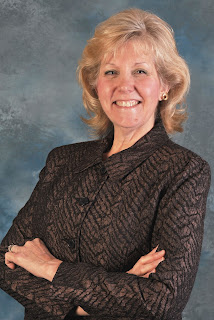 Rene’ Palmer Armstrong’s husband asked her what she would like for her birthday. With the answer she gave him, began a new writing career for Rene’.
Her answer, “I want to quit work to write and create things.”

Two years later she had published her first book and was busy creating hand-crafted pendants from a special kind of glass created by the space program for use as a heat shield back in the 1960’.  Rene’ is currently working on a second book, this one for children.

Rene’s first book is titled Wings and a Ring. The story of how she came to write this book is nearly as interesting as the book itself.  Her husband played a big part in the idea to write the book. It seems that he enjoys looking through garage sales, junk and antique stores and any other place where potentially interesting items have been discarded. One day he brought a box home that, among other things, contained a stack of old letters. The box set abandoned in their garage for a couple of years.
Before Rene’ began her new life as a writer and artist, she decided to clean out the garage.  When she looked at the box of letters, she realized she had a story that she would have to tell. The letters were from a young Army Air Corps lieutenant, James R. Jones, to his fiancée, Elnora Bartlett. They were written while he was fighting in WWII, half way across the globe. Rene’ tells the story of their love affair (and eventual marriage) by using many of the letters he sent. It is an interesting piece of history. 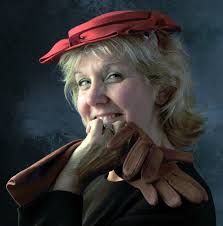 When Rene’ attends author events, she often wears clothing from the time period. She is an engaging personality and attracts readers to her author’s table like mosquitos to a picnic. At one such event, I sat at the table next to hers for most of the day. When the event was over, she was hoarse from talking to so many interested people.
Her website at http://www.wingsandaring.com/index.html is a great place to see her work. Be sure to click on the “Trailer” for some great old music and a sense of what you’ll find in the book.  You can buy the book directly from her website or at Amazon.com. It is available in hard cover or as an e-book.