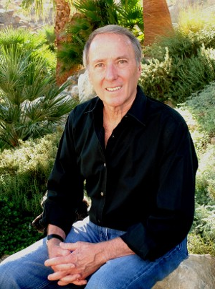 He’s a cop who became a writer. But that’s not what he planned. After serving a hitch in the U.S. Marine Corp, he returned home, married to his high school sweetheart. Finishing his education was the priority. Majoring in English, he obtained a B.A. by the time he was twenty-three. Wambaugh intended to become an English teacher. Instead, he became an ‘accidental cop’.

That’s my description for the many big city cops whose professional lives deter into police work by circumstances rather than by design. Most of these officers didn’t “grow up wanting to be a cop”. They stumbled into the career out of necessity, the need for security or because the job paid more than the job they thought they wanted. That’s what Joseph Wambaugh did. Police work in Los Angeles paid more than teaching, had better benefits, and, as he soon learned, seemed to be more exciting work.
He began writing about life on the streets shortly after becoming a cop, but the only person who knew he was a “closet scribbler” was his wife Dee. Now the author of twenty one books, both fiction and non-fiction, according to his website, he’s also billed as the Grand Master of police stories. Wambaugh has also created television series, movies and mini-series based on his work. Two of his books, The New Centurions and The Choirboys, were adapted into feature films by Columbia and Universal Studios, respectively. Wambaugh’s book, The Glitter Dome, was presented as an HBO movie in 1984.
In interviews about his writing, Wambaugh says that he “goes out and gets the story” by interviewing people much like a reporter might. He notes that he interviewed 54 cops before even beginning to write one of his most recent novels, Hollywood Station. He expresses frustration with authors “who sit in their studies and try to nurse an idea into a four hundred page book that should have ended two hundred pages earlier”. Amazon, in writing about Wambaugh’s work, published the following. “Joseph Wambaugh is one of those Los Angeles authors whose popular success always has overshadowed his importance as a writer.”
He is said to be funny and warm in interviews. Wambaugh is also no longer a cop. He gave that up after his success and popularity grew. He says he had been interviewed on virtually every television talk show, people he arrested wanted his autograph or a part in his next movie, and his police partner started opening the car door for him. Wambaugh knew then it was time to leave the police department, but he never stopped scribbling.