Christopher Cook writes just about everything. He’s written short stories, novels and novellas in fiction, he has been a newspaper journalist and crime reporter, and written scripts for plays and movies. He’s written for trade publications, and spent time in Washington, D.C. honing his skills as a speechwriter. Christopher calls Texas his birthplace, but has long since moved on. He is now a welcome visitor, usually when shuttling between residences in Prague, Czech Republic and San Miguel de Allende, Mexico. 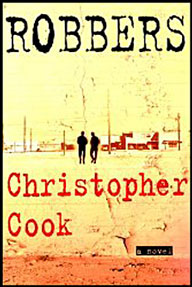 His work has been widely recognized in various forums. Just a few include Barnes & Noble which named him in its Discover Great New Writers program. Cook’s second book; Screen Door Jesus & Other Stories, was a finalist for the Texas Institute of Letters Jesse H. Jones Fiction Award, and his memoir essay Full Moon Over Bohemia was selected for the Travelers’ Tales anthology, the Best Travel Writing, 2006. 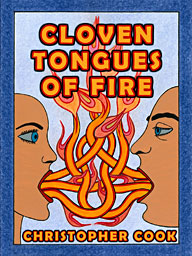 Screen Door Jesus, a story set in a community where residents see an image of Jesus on a screen door, has been made into a feature film. His first book of fiction, Robbers, is set in Texas, and is a dark crime novel. The story begins in Austin and stretches east to the Gulf Coast. Readers familiar with the area will recognize certain landmarks and old businesses from Cook’s detailed descriptive writing. This novel has also been under film option several times in the past ten years, though hasn’t made the big screen yet.

In 2011, he decided that his fiction writing would be published exclusively in digital format. He promptly published a novella titled Storm and has since placed his previous books online as e-books.

Too many to list on this blog, my favorites not already mentioned, include Cloven Tongues of Fire and the short story, The Pickpocket. I encourage you to check out his writing and learn more at his website, http://www.christopher-cook.com/