A Little Change of Tempo

When I started this blog, my intention was to post stories about crimes, criminals, and the cops who chase them. I’ve decided to change the format just a little.  I’ll still be posting my stories (usually on Mondays) about those interesting or unusual crimes, criminals, and cops. In fact, be sure to take a look on Monday, when my Criminal of the Week will be Candy Barr, an exotic dancer whose name is linked to the likes of Jack Ruby, Mickey Cohen, and Lady Bird Johnson. She’s one of the more fascinating characters to come out of Texas. Beginning today, however, I will also introduce you to some of my favorite independent authors. 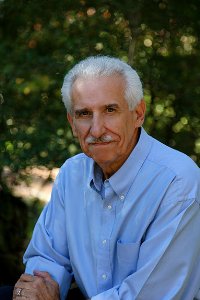 Today that author is Tom Rizzo. Tom is a former news reporter, having plied his trade in both radio and television, before moving to the Associated Press (AP) where he worked as a correspondent. He lived in Great Britain for several years, after growing up in central Ohio. He now calls Texas home. He’s acquired the cowboy boots and a Stetson, but more importantly, he’s practicing saying “ya’ll” when speaking to a group about his writing. I think he’s a keeper!

Tom’s first novel, Last Stand at Bitter Creek is a historical novel set in the time period just as the American Civil War is ending. My simple standard for judging a novel’s value is, “do I have trouble putting it down once I begin reading?” I read Last Stand at Bitter Creek in two sittings!  He keeps the reader’s interest. All of his Amazon reviews have been five stars and some of the words used to describe his writing have been “authentic dialogue”, “solid, historical novel”, “fascinating plot”, and “great characters”.

I have it on good authority that Tom is currently working on a crime novel.  If it is as good as his first effort, we’ll have plenty of good reads from him in the future.

Check him out at http://www.tomrizzo.com/about-the-books/where you can purchase Last Stand at Bitter Creek.  Oh yeah, be sure to watch his video trailer about the book too.