Thank you for coming to check out my work! Here you can view titles of books, where to purchase them, and read through my blog! Please feel free to reach out with any questions or comments that you may have!

I grew up in a small town in Oklahoma. My high school graduating class was the largest in then recent memory, 28 bright-eyed soon to be former students, ready to take on the world.

After high school, I found myself in Houston, Texas, trying to make a living as an industrial painter. I soon realized that hanging from water towers and scaling 100 foot high smoke stacks was not for me. I needed to find another occupation.

At the time, ads ran on television daily, touting the great pay and adventure for young men who became Houston police officers! The pay was a whopping $400 a month. I had never considered such an occupation, but decided it was worth a try; surely I could at least make it through the training.

I spent the next 21 years giving police work a try. After that I took a job with a union that represented police officers across the State of Texas. It was about 15 years into that career that I decided I to write a book.

Finally, in 2011, my first novel, The Missing Piece, was published. It’s a story set 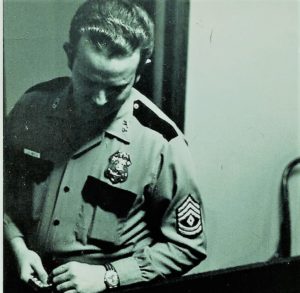 in Austin, Texas and details the disruption in the lives of all those involved when a police officer uses a weapon in the line of duty. My second novel, Cheating Justice was published in 2012 and tells of a man wrongfully convicted of murdering his wife.

I have since published a book of short stories, The Park Place Rangers, and three books in the Tanner & Thibodaux series. My most recent work, Dishonored and Forgotten, published January of 2017, is a historical fiction set in Houston during the 1950’s and relates the account of Houston’s first police drug scandal.

I live on the Gulf Coast in Texas, with my wife, Carolyn, who is also a published 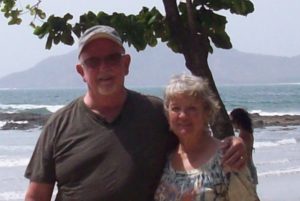 author of parenting and children’s books. I hope you try my writing. If you enjoy it, please let me know. You can e-mail me at Larry@LarryWatts.net.

All my work is available here on my website, at Amazon, and wherever good books are sold.